Andrew Stanley Mount was born on November 4, 1957 in Trenton, New Jersey and lived in Bordentown.  He grew up on Greenwood Drive and spent his high school years on Cemetery Lane. Childhood summers were spent on the family boat which was tied up in Beach Haven, New Jersey.  It was on Long Beach Island that his passion for marine biology was kindled.  Andrew graduated from Bordentown Regional High School in 1976. He wrestled for two years on both JV and varsity teams and during his senior year played the role of Mr. Frank in the senior class play, “Diary of Ann Frank”.

After graduating from BRHS, Andrew attended the University of Tampa, where he studied Marine Biology, Aquatic Chemistry and Philosophy. During summers, he earned money for college working as camp counselor at the former Johnstone Training and Rehabilitation Center and during his senior year he worked as an ordinary seaman on the oceangoing deep-notch tugboat “Valour”.

Andrew returned home from Florida after receiving his Bachelors of Science degree in Marine Science-Biology in December, 1980.  Upon his return to Bordentown he ran for political office and was elected as Township Committeeman. During the two years in office (1982-1984) he succeeded in providing strict regulatory enforcement of the Parklands landfill by the novel use of the Township’s home rule public health authority.  He also worked on the conservation of the Crosswicks Creek watershed.

In 1984, Andrew’s love for the Sea led him to move to Charleston, South Carolina.  There, he worked as a laboratory technician for the NOAA-National Marine Fisheries Service Charleston Laboratory on a project to determine the body burden of PCBs found in bluefish caught off the New Jersey coastline.  In 1985, Andrew married Theresa Joy Burgess (Joyce) in a ceremony held in Charleston.  The following year he started Master’s level graduate studies on the physiology of oyster shell formation at the College of Charleston.  To support his growing family he worked as a Research Analyst at the South Carolina Sea Grant Consortium. Andrew helped organize a congressional hearing on the mysterious and extensive dolphin die-off which began in New Jersey waters during the summer of 1987.

The family (now three children and one on the way) relocated to Clemson, South Carolina in August, 1989. Andrew began doctoral studies at Clemson University in the Department of Biological Sciences.  He continued his biochemical studies on oyster shell formation.   A year after obtaining his doctorate, he was hired by Clemson University as a post-doctoral scholar for his expertise in optics.  He helped to obtain of the agricultural college’s first laser scanning confocal microscope and later established an optical biological imaging core laboratory.  During this time, he became interested in the application of molecular and cellular biology to the study of invertebrate marine organisms.  Andrew’s applications of these techniques lead to the discovery of a specialized blood cell (REF granulocyte) that nucleates and supplies calcium carbonate crystals which forms an oyster’s shell.  This breakthrough was published in the journal Science in April 2004.  Subsequently, he co-authored the complete oyster genome which was published in the journal Nature in 2012. These two papers established the foundation for a cellular based mechanism of shell formation, which helps solves the timeless mystery of how seashells are made.

As a professor at Clemson University, Andrew’s extramural research has been sponsored by the Office of Naval Research (ONR) in Marine Biofouling and the Air Force Office of Scientific Research (AFOSR) in the field he pioneered, Cellular Biomineralization.  He has received support from the National Science Foundation (NSF) and NASA SC Space Grant and NOAA SC Sea Grant programs.  He trains doctoral level (PhD) scientists and post-doctoral scholars in his laboratory. He continues to teach senior undergraduates about the oceanography of global climate change and the impact of ocean acidification and sea-level rise.  In 2012, he established the Mountain Rest Astronomical Observatory on land that was provided by his friend Charles Moxley. In 2014, he was appointed as an expert on Arctic Ocean climate change for the Arctic Council and became a technical editor of Nature Frontiers in Marine Science.

Joyce and Andrew live in the beautiful southern Appalachian community of Mountain Rest, South Carolina. They have five children, six grandchildren and one great grandchild. 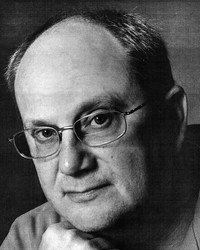