Michael Budden, born in 1957, is an artist living and working in his native New Jersey.  From 1980 thru 1995 Mr. Budden, concentrated on painting wildlife winning over 100 awards in shows across the country.  His unique use of composition, mood and lighting attracted the attention of major art publishers, art magazines and museums throughout the country. So strong were these paintings, many can be found in the permanent collections of the Leigh Yawkey Woodson Art Museum, Wausau, WI; Hiram Blauvelt Wildlife Museum, Oradell, NJ; and the Bennington Center for the Arts, Bennington, VT, and in many private collections throughout the US.

In 1989, Mike was introduced to plein air painting by an artist friend in Montana. Mr. Budden became dissatisfied with just the studio approach to painting and he has been painting “en plein air” ever since. The artist states, “Painting outdoors direct from nature is based on painting from my heart about what I see and how I respond to what I see. An artist learns more about value, color, and making decisions when painting direct from nature plus there is something freeing out there.  When I was in high school, I discovered the art of Monet and loved it, so I tried painting outdoors then and enjoyed the struggle and progress I made with each new attempt”.  In the late 1990’s, his interests in subject matter changed and Budden reinvented himself as a landscape- seascape painter and in a short time started winning awards and honors with these paintings. It was in 2007 that he again reinvented himself, this time as a painter of urban scenes. His painting “ Looking Up Fifth Avenue, NYC” not only won an  award but sold for one of the highest prices for one of his Club paintings up to that point and has helped to create the strong interest in his paintings he still enjoys today.

Mr. Budden graduated with degrees in art from Mercer County Community College and the College Of New Jersey. He continues to enjoy studying various periods of art history but especially likes Realism and Impressionism.  He is a consistent award winner at the Salmagundi Club, NYC, recently winning two of the clubs top awards, the” 2009 Alden Bryan Memorial Award for Traditional Landscape in Oil”, the top prize, and recent major 2008 Purchase Award of the “Flatiron” painting. His painting now hangs alongside some of the most important American painters throughout history. In 2006, Mr. Budden was invited to design the White House Easter Eggrepresenting New Jersey and met with the First Lady, Mrs. Laura Bush during the unveiling of the exhibit. In 2012 Mr. Budden received one of his most prized awards, selected into the Bordentown Regional High School “Alumni Hall of Fame”. The artist states: “Not only do I try to do well, I try to do good. I’m extremely honored that someone thinks that I have achieved enough to be honored with this award”. A list of galleries and catalog of work can be found at www.mikebudden.com. 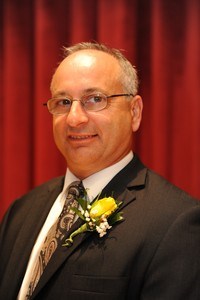