Mr. Sholl was born and resided in Bordentown his entire life. He was a master machinist and owner-operator of  Sholl’s Electrical and Plumbing Supply of Bordentown. Mr. Sholl was also a very active member of the community, including the following:

Mr. Sholl’s true passion, however, was as a rail and model enthusiast. His classic Victorian home was jammed with his hobby craft-wall displays of model cars, fire trucks and toy trains, and a half-dozen mast ship models. Two of his most famous replicas, precise, working scale versions of steam engines that pulled the historic “Nelly Bly” commuter line and a working replica of the famous John Bull, one of the first steam locomotives used in the United States, caught the eye of former Governor Richard Hughes who invited Sholl to display them in the 1965 New York Worlds Fair.

Mr. Sholl led a creative and fulfilling life. He was truly a distinguished alumni of the Bordentown Regional School District. 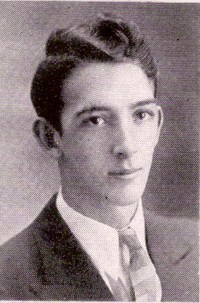