Two and a half years after graduation from William MacFarland High School in 1940, Rose entered the Congregation of the Daughters of Divine Charity, a religious congregation dedicated to the education of youth.  As a member of this international congregation, Sister Raimonde has had the opportunity to visit their motherhouse in Vienna, Austria, as well as some of their convents in England, the Slovak Republic, and the generalate in Rome, Italy.  Her training in research and history provided her with the means to write the history of St. Joseph/s Province, as well as the biographies of the general superiors of the congregation.

Most of Sister’s teaching career has been centered at St. Joseph Hill Academy, an all girls, college prep catholic high school on Staten Island.  The Associates Degree in Secretarial Studies which she earned from Rider College, the Bachelor of Science Degree in Education (Summa Cum Laude), the Masters and Ph.D. degrees in History, which she earned at Fordham University her to teach her favorite subject, history.  Sister is also certified in German, which she mastered at the University of Vienna, Austria.  In her tenure at St. Joseph, she taught Social Studies, World and American History, American Government, Economics, Sociology and Speech.  In addition, she has served as chairperson to the Social Studies Department and is Assistant Principal.  Her greatest challenge was the constant motivation of her students to live up on the Hill motto:  “Summum Bonum” – to achieve the highest good.  She was not satisfied to see them excel only in academic areas, she urged them to develop their talents in various ways.  She herself, worked to help them grow into polished speakers as well as good actresses.  Accordingly, she initiated the Speech and Drama Society at the Academy and for over twenty years was the director of the annual school play.  One of her greatest accomplishments in that area was convincing the principal to allow boys to be invited to take part in the plays – up to that time, girls had to play the male roles.

The speech part of the society involved the introduction of forensic activity to St. Joseph Hill.  In 1964, Sister Raimonde started the speech team with six girls – today the Hill Forensic Team has a national reputation; Hill students have been national champions in extemporaneous speaking, dramatic performance and oral interpretation.  As a result of the many years of coaching, Sister Raimonde attained the level of triple diamond coach in the National Forensic League in 1996 and in 2002, she was elected to the N.F.L. Forensic Hall of Fame, the first nun to be so honored.

The success of her history classes resulted in an invitation from the New York State Board of Regents to be a part of the committee charged with preparing pre-testing and evaluation Regents  examinations in American History, a task which was performed for over ten years. She was awarded the George Olmsted Price for Excellence in Secondary Education by Williams College in Massachusetts and was also a recipient of The Maurice Wollin Educator of the Year Award presented by the Staten Island Continuum of Education.  In 1999, she received the Patrick Daly Memorial Award presented by the Borough of Staten Island. In 2000, she received the Coca Cola Company Teacher of the Year Award. In 2003, she received national recognition at the annual convention of the National Catholic Educational Association for her significant contributions to American Catholic secondary education.

Sister Raimonde has been a staunch supporter of the American Legion Oratorical program for the past 32 years. She has had local, zone and district winners in the area as well as in the VFW Voice of Democracy contests.  Many of the Hill graduates have gone on to pursue legal careers; some of them owe this interest in Sister who for the past 18 years has moderated and coached the Hill Mock Trial team.  Competing against public, private and religious schools from the five boroughs of Greater New York, the Hill Team has scored high.  For a number of years, Sister also lectured in the World and American History at Seton Hall University and Wagner College. 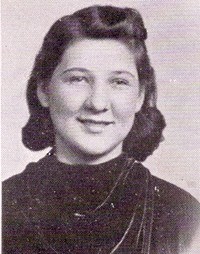