Liz Putnam was born in Washington, DC while her parents were stationed there and spent many of her formative years moving to various locations, including Germany, following her father’s military career assignments. Upon her father’s retirement to Bordentown, she attended MacFarland Junior School and Bordentown Regional High School, where she graduated third in her class. Liz earned her BA degree in Biochemistry at Rutgers College of Rutgers University in New Brunswick, NJ, and then worked as a research assistant in Pathology at what was then the University of Medicine and Dentistry of New Jersey in Piscataway. A move to Houston, Texas brought many changes. Liz entered the Graduate School of Biomedical Sciences at the University of Texas – Houston Health Science Center, studying cancer-causing viruses at the MD Anderson Cancer Center. This work was supported by graduate fellowships awarded by the Welch and Rosalie B. Hite Foundations. Also while in school, Liz met and married her husband Mark Pershouse, a fellow student who supported her in her studies. She graduated with a PhD in Biomedical Sciences with a specialty in molecular virology. Staying in Houston while Mark finished his PhD involved juggling parenthood (with the birth of their two daughters) and post-graduate studies. During a post-doctoral fellowship in Genetics at the University of Texas Medical School, Liz discovered the molecular basis of Beals syndrome resulting in a major publication and promotion to Instructor in the Department of Internal Medicine’s Division of Medical Genetics.

After many years in Houston, Liz, Mark and their two daughters relocated to Missoula, Montana where Liz and Mark joined the faculty of the Center for Environmental Health Sciences in the Department of Biomedical & Pharmaceutical Sciences at the University of Montana. Research in Liz’s laboratory focuses on gene-environment interactions in the development of environmentally associated diseases.  Specifically, her laboratory is investigating the molecular basis of the development of pulmonary diseases following particulate matter exposures. This work has been supported by grants from the NIH/National Institute of Environmental Health Sciences, the Centers for Disease Control and Prevention, and the National Science Foundation. In addition to directing her laboratory, Liz teaches genetics, toxicology and ethics courses in the Toxicology and Pharmacology/Pharmaceutical Sciences graduate programs as well as in the Skaggs School of Pharmacy and the new Master of Public and Community Health Program at the University of Montana. Among her many committee assignments, she serves on the Institutional Review Board for human subjects research at UM and is a member of the Faculty Senate. In addition to her graduate student, Liz serves on the committees of graduate students in her own programs as well as those in other departments at UM and is an advisor to over 25 undergraduate pre-pharmacy students.

Liz and Mark enjoy living in the beautiful mountains of western Montana with their daughters Rebecca, a sophomore in high school, and Anna, in seventh grade. Their free time revolves around the girls’ band and jazz concerts, soccer tournaments, cross-country and track meets and Girl Scout events. The family enjoys exploring national parks, white-water rafting and hiking in the summer and skiing in the winter. They also love to visit the ocean whenever they can. 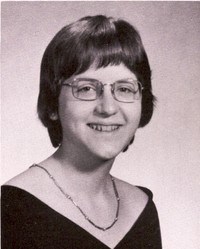