Ms. Beverly R. Whittington graduated from MacFarland High School in 1955. While at Bordentown High School, she graduated first in her class, was editor of the yearbook, President of the Honor Society, and President of the Student Council.  She was given a four year scholarship to the University of Pennsylvania. She received her Bachelor of Science Degree from the University of Pennsylvania and her Master of Arts in Mathematics from Trenton State College.  She taught secondary school mathematics at Bordentown Regional High School from 1965 to 1980.  In 1980, she joined the College Board Test Development Division as an Associate Examiner at ETS.  She is Senior Examiner and mathematics group head in the same division.

While at ETS, Ms. Whittington has had major responsibilities in the development of several tests including National Assessment Tests in Mathematics, the mathematics sections of the SAT, and the Mathematics Achievement Tests, and the New Jersey College Basic Skills Placement Test.

She has been past president of the Association of Mathematics Teachers of New Jersey and a member of several College Board Advisory Committees.  Ms. Whittington is published in several professional journals and she has presented her work in seminars from Boston to San Francisco.

She is married and has two grown children who also graduated from Bordentown Regional High School. 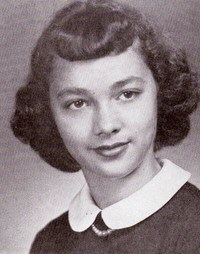