Anne was born on April 23, 1956 in Neptune, New Jersey.  From age one to age six, she traveled with her family as an “Army Brat” living in Lakewood, N.J., Fort Polk, Louisiana, San Antonio, Texas, and Poitiers, France where she attended Kindergarten.  Anne moved to Bordentown in 1960, graduating from Bordentown Regional High School in 1974.  She received the Old English B her sophomore Year, participated ion school plays, the National Honor Society, managed the girls basketball team, represented Burlington County in the New Jersey Junior Miss program in 1974, received second Old English B her senior year, and was awarded DAR Good Citizenship Award.  After graduation she attended Hood College in Frederick Maryland.  While attending college, Anne sang in the college choir four years, developed a women’s barbershop singing group, traveled to West Germany with the college choir and held internship at Hochschild-Kohn Department store in Baltimore.  In 1982, after graduation from college, she moved to Baltimore, Maryland where she married in 1989.

Anne was always active in church.  Brought up as a Presbyterian, and became an Episcopalian after moving to Bordentown,  In high school she thought of becoming a priest but at that time women could not be priests.  The desire to be of service in the church never left and in 1989 was ordained a Deacon in the Episcopal Church.  Anne has served as a professional consultant for churches in transition, was a volunteer Chaplain at the Cathedral House Re-Entry Program, worked with staff and many others who empower recovering addicts to live life on life’s terms.  She continues to work in the faith community to draw attention to issue of justice, and is currently on the Steering Committee of a newly forming faith-based organization in Baltimore called BRIDGE, designed to enhance congregational life and enable churches to respond to issues of social significance in the Baltimore area. 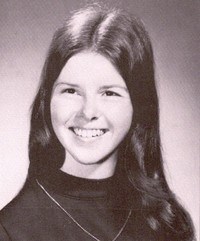