Commissioner Guhl has a long list of accomplishments, as a public servant and social services advocate and as a woman who has juggled career, post-graduate education and family, while working her way to top posts in the government and social service areas.

She has held various high-level management positions throughout her career, including:  Deputy Executive Director of the Delaware Valley United Way and Director of the Mercer County Department of Human Services.

Commissioner Guhl began her career with state government when she serves as Director of Operations for the New Jersey Senate Majority Office.  She then went on to become Deputy Chief of Staff and Cabinet Secretary for Governor Christie Whitman.  There, she served as key liaison to cabinet member of initiatives, policies, interdepartmental issues and problem resolution.

After a year and a half serving in Governor Whitman’s office, she was tapped to be Deputy Commissioner of the New Jersey Department of Human Services.  From March, 1997 until July, 1998, Ms.Guhl was asked to step in as director of New Jersey’s child protection/child welfare agency, the Division of Youth and Family Services (DYFS), at a time when it was perceived to be in crisis.  Ms Guhl oversaw the repair and restructuring of the agency, developing an overall strategic plan to improve all aspects of the operation, She is credited with “Turning around” the organization, thus earning the praise of child advocates, colleagues and DYFS staff.

As a member of the Governor’s Cabinet, the Commissioner is responsible for supervising the administration of all New Jersey public welfare programs, operating the State’s $4 billion Medicaid program, and directing the State’s publicly operated or financed services to special needs populations, including people with mental illness, development disabilities, blindness or visual impairments, hearing loss or deafness and children who are abused, neglected, or abandoned.

Commissioner Guhl is a graduate of Drew University with a Bachelor’s Degree in Philosophy and credits much of her success to her experience there.  She also holds a master’s degree in Interpersonal Communications from William Patterson College. Commissioner Guhl resides in Lawrenceville, N.J. and has two sons. 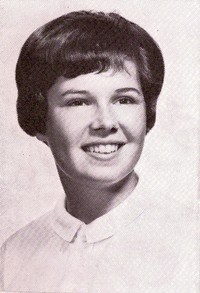