Melanie Burney is a 1980 graduate of Bordentown Regional High School.

While in high school, Melanie was a Highlander staff member and editor, played basketball, staffed the Fabella, was inducted into the Honor Society, and was senior class treasurer.  While in high school, she was the first black editor of the school newspaper and graduated in the Top 10 of her class.

In March 2000, Melanie joined the Inquirer as an education reporter, covering the Camden School System and education issues and trends and uncovered a cheating scandal in Camden Schools and received numerous awards including the National Headliners Award, the national Philip Meyer Award, a Public Service Award by the Pennsylvania Associated Press Managing Editors and the John V.R. Bull FOI Award from the Keystone Press.

With a strong desire and commitment to help young people, Melanie mentored students in the workplace and at her alma mater thru her involvement with the National Association of Black Journalists.

She served two terms on the NABJ Board of Directors, is a former two term President of the Garden State Association of Black Journalists and spearheaded the chapter when it was named Chapter of the Year in 1997.  She served as deputy director of Region II in 1997. She currently serves as Parliamentarian and acting Treasurer of The Philadelphia Association of Black Journalists.  In 2007, she was named Journalist of the Year for her work on the Camden School Scandal.

In 2001, Melanie was named Alumnae of the Year by Rowan University for her contributions in Journalism.

Melanie is a member of the Alpha Kappa Alpha Sorority, Inc. and is an active member of the Theta Pi Omega Chapter in South Jersey. 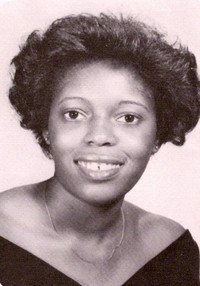