Kelly (born Timothy Kelly Briggs) is a proud graduate of the Class of 1975 of Bordentown Regional High School.   “Discovered” by long time theatre director Edward O’Malley, Kelly was cast in the role of Don Quixote in the BRHS production of “Man of La Mancha.”   During his senior year, Kelly received a full scholarship to the American Musical and Dramatic Academy in New York City.   After graduation, Kelly began performing in regional and stock productions, as well as performing in concert, on cruise ships, and in cabarets across the country.

In 1989, Kelly was cast in the national tour of “Les Miserables.”  It was during this tour that Kelly saw the need for assistance with local AIDS organizations, and addressed the need by putting together a concert series with other members of the touring company.   “Beyond the Barricade” was a benefit where members of the company would give concerts on their evening off.   For six years, Kelly, and his partner, Keith Cooper, coordinated and annually performed in Atlantic City at the “Broadway on the Boardwalk,” raising funds for the South Jersey AIDS Alliance.

After the tragic bombing on 9/11, Kelly co-wrote the cabaret musical hit, “Lovely,” and received the first New York Night Life Award for Musical Theatre Performance.  He has also received the Backstage Bistro Award.   In 2003, he started his own casting company, and began casting for regional theatre, cruise lines and theme parks.   In 2009, Kelly joined the faculty of Cygnus Creative Arts Theatre in Egg Harbor Township, where he currently teaches musical theatre styles and audition.   He is also on the board of directors of the Theatre Collaborative of South Jersey, helping to rebuild the Gateway Playhouse in Somers Point.

Kelly continues to perform and help in numerous fundraising efforts.   He can be seen this Spring with Andrea McArdle in “Mame” at the Media Theatre in Media, PA, as well as at the new Bucks County Playhouse. 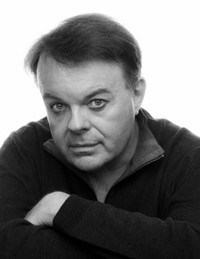