Kathy Koenig the president, and the fourth generation owner of Church Brick Company, a Bordentown tradition founded by her great-grandfather in 1916. She started at Church Brick in 1978 as a bookkeeper, not long after her marriage to a fellow BRHS graduate, Len Koenig. she became treasurer of the company in 1982, was promoted to executive vice president in 1989. She became president in 1996, and assumed ownership in 2000.

During her time at Church Brick, Kathy have overseen several major property renovations, the acquisition of two competitors, and substantial market growth in New Jersey and Eastern Pennsylvania. She is constantly looking towards the future, making adjustments to all areas of the company to meet the changing needs of the industry.

Through her success she has shared back with the community, both personally and corporately, as an active contributor to Habitat for Humanity, Samaritan Hospice, and Family Services of Burlington County. Church Brick donated material to the Bordentown City Veterans Memorial, and has sponsored the Bordentown Township Veterans Day Ceremony, as well as supported local school and recreational sports teams. Kathy Koenig established the Roy Church Memorial Scholarship at Mercer County Community College for architectural students in honor of her father.

Kathy, with her family has lived in Springfield Township, Burlington County, for more than 20 years. She is the mother of three grown children Justin, Brian, and, Megan. 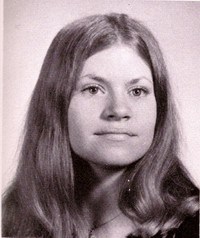