After graduating from William MacFarland High School in 1933, John E. Dimon received a degree in pre-law from Villanova University.  In 1940 he earned his law degree (LLB) from Temple University.  John served with the military during World War II from 1940 to 1946.  There he rose from the rank of Private to Major and held several important military positions to include:  Commanding Officer, War Crimes Unit (ETO), and Operations Officer, 15th Army Warm Crimes.

The activities at the time of his induction included: Council of several School Boards, two Banks, a Savings and Loan Association, a Bishop and local council to several national corporations. 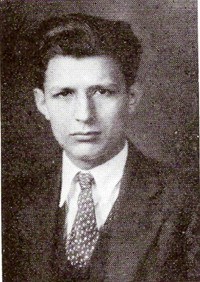