Herbert C. Conaway, Jr., Democratic Assemblyman representing the Seventh District received the 1998 Bordentown Regional High School Alumni of the Year Award.  His district included the municipalities of Beverly, Burlington City, Burlington Township, Cinnaminson, Delanco, Delran, Edgewater Park, Maple Shade, Mount Holly, Palmyra, Riverside, Riverton, Westampton, and Willingboro in Burlington County and Pennsauken Township in Camden County.  Dr. Conaway is the only member of the legislature who is both a doctor and a lawyer.  Born and raised in Burlington County, he received his bachelor’s degree in politics from Princeton University and enrolled in medical school at Jefferson Medical College in Philadelphia.

Dr. Conaway, a United States Air Force Captain, served in the medical corps at McGuire Air Force Base as a general medical officer and as an assistant director of the primary care clinic for the base.  While fulfilling his commitment to the Air Force, Dr. Conaway earned a law degree at Rutgers Law School, Camden.

Dr. Conaway has served as a member of the Jefferson Medical College student professional conduct committee, and as a Burlington County Democratic Committeeman.  He is also a member of the medical society of New Jersey.  Dr. Conaway and his wife Kathleen- also a physician-work together at Cooper Hospital in Camden.  They have one daughter, Alexandra. 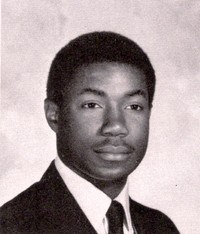