Anthony P. Tunney, Jr. was born in September of 1925 in Columbus, N.J.  He was the oldest boy in a family of ten children.  When he was two years old, his family moved to Bordentown, where he has lived ever since.

He graduated in 1942 from William MacFarland  High School in Bordentown and shortly thereafter served his country in World War II as a U.S. Navy Signalman First Class.

From 1942 to 1945 he sailed both the Atlantic and the Mediterranean on armed guard convoys whose purpose was to protect merchant ships in those waters.  During that period he spent time in approximately twenty different countries.

After the was, he attended Bordentown Military Institute for a year before his admittance to Georgetown University in Washington, D.C., first as an undergraduate and then as a law student.

Upon his graduation from law school in 1954, he returned to Burlington County and was hired as a clerk by the newly-formed firm of Powell and Davis.  On December, 1954, he was sworn in as an attorney, whereupon be became an associate of the firm; he eventually became a partner.

During his 15 years with the firm, he litigated several interesting civil matters involving novel issues, including Burlington County’s first “exploding bottle” product liability case.  He took on criminal matters as well, including the landmark case of State v. Devereaux, in which a temporary insanity defense resulted in an acquittal for his client, who  had been charged with the double-murder of his wife and her lover, found by the

Judge Tunney also served as a part-time County solicitor as well as the solicitor of Bordentown City from 1966 to 1969.

Appointed to the Bench by Governor Richard Hughes in 1969, he became Burlington County’s first full-time Juvenile and Domestic Relations Court Judge.  He was appointed Judge of the Superior Court upon the abolishment of the Juvenile and Domestic Relations Court, but continued to hear juvenile, child support and custody matters in the newly-created Family Part of the Superior Court’s Chancery Division for the duration of his tenure on the bench.

In the 1970’s he was instrumental in the establishment of the Juvenile Conference Committee system, in which several residents of each municipality are appointed to serve on a volunteer basis to resolve cases involving minor juvenile offenses, and to provide counseling, advice and support to juveniles and their families.

Judge Tunney has been a lifelong and faithful member of St. Mary’s Roman Catholic Church in Bordentown.  He was ordained, after three years of study and training, as a Permanent Deacon of the Church by the Bishop of Trenton in 1980.

A long-time member of the Benevolent and Protective Order of Elks, he was a charter member and the first secretary of the B.P.O.E. No. 2085, Bordentown Lodge.

Although Judge Tunney’s jobs as the judge in juvenile matters had to be often discouraging and frustrating, he never seemed to weary of the children themselves.  His entire life has been, and will continue to be, full of little kids.  Not only was he one of ten children, but he and his wife, Pat, are the parents of twelve children and the grandparents of thirteen. For twenty years they opened their home and hearts to several foster children as well, two of whom lived with them for ten years.

Statistics can be examined to determine the number the number of youngsters who passed through Judge Tunney’s courtroom in the last 22 years; there is no way to measure, however, the degree to which our County benefited from his innate empathy of children.  He will be greatly missed. 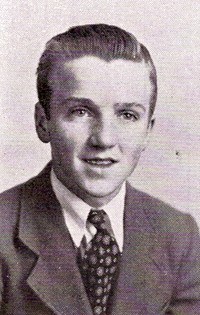