Ever since he became aware of the game of baseball, “Bunker” Hill has been enthusiastically involved in playing, coaching, teaching, watching or discussing America’s favorite pastime.

After completing his military service, during which he managed to find time to play third base for the Army Air Corps, Bunker attended Trenton State College, graduating with a degree in Physical Education.  He was actively involved with baseball at Trenton State, playing catcher, 1st base and the outfield.

He began his teaching career at Pennsauken Jr. High School and within two years accepted a position as a physical education teacher at the William MacFarland High School.  Shortly thereafter, he began coaching baseball.  He continued in this position as Junior Varsity and then Varsity Coach for seventeen years.  He also coached track and field, basketball, cross country and football.

Bunker successfully coached six South Jersey Baseball Championship teams as well as two championship cross country teams.  He was a member of the N.J. Football Officials Association as well as Chairman of the Trenton District Delaware Valley Baseball Umpires Association.  For the last nineteen years of his teaching career, Bunker served as Athletic Director and Physical Education Supervisor for the Bordentown Regional School District.  During those years, Bunker continued to guide and enthusiastically support the BRHS baseball team.

Bunker and his wife, the former Bette Blauvelt, resided in Bordentown. 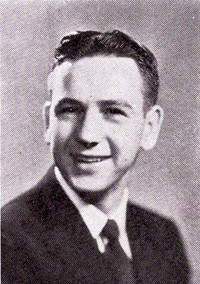