Dr. David J. Addis graduated from William MacFarland High School in 1961.   With a career in medicine as his goal, Dr. Addis proceeded to graduate from the University of Pennsylvania and from Jefferson Medical College where he received his Medical Degree.

An internship at Methodist Hospital in Philadelphia and general surgery residency at Cooper Hospital in Camden, New Jersey, preceded a two year stint in the US Army for Dr. Addis.

Since his discharge from the Army in 1976, Dr. Addis has been an integral part of the Bordentown community. He became the school physician for Bordentown Regional High School in 1978 and for the Regional School District since its inception in 1982.  He has been a member of the Burlington County Medical Society since 1973 and is presently on the Staff at Zurburgg Hospital, Rancocas Division. 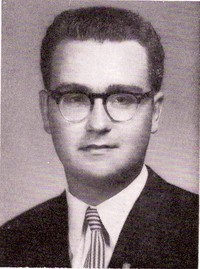