Captain Oscar E. Gray, Jr., born in Chester, Pennsylvania, graduated from William MacFarland High School with the Class of 1934.  Active in football, basketball and baseball, graduated third in his class of 97 students.

Captain Gray graduated in June, 1940 from the United States Naval Academy with a commission of Ensign in the United Stated Navy.  Following graduation, he served during World War II in the Atlantic, European and Pacific theatres, where he was awarded nine battle stars.

In 1949, he received a Master of Engineering degree from John Hopkins University Graduate School.  Captain Gray has served in Washington as Chief of Naval Weapons and Naval Ordnance Systems Command.  He has received the Meritorious Service Medal and the Naval Ordnance Achievement Award.At the time of his induction Captain Gray was employed as a Lead and Principal Engineer with Raytheon Service Company, Arlington, Virginia. 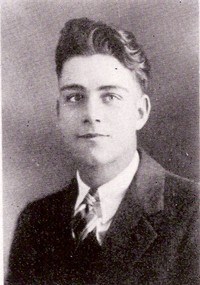