Henry Hartman is a native of Bordentown, New Jersey.  After graduating from William MacFarland High School in 1931, he enrolled in the School of Industrial Arts in Trenton, New Jersey. He later studies painting and illustration and soon joined famed illustrator Mr. Mortimer Wilson, Jr. in New York City, in the capacity of magazine illustrator for Cosmopolitan, Redbook, Ladies Home Journal, McCalls, etc.

In 1942 he entered the Armed Forces and served with the Special Service Branch preparing training aids.  After the war he resumed illustrating until the early fifties.  He then joined the State of New Jersey as an illustrator, eventually becoming an art director.  During this period, while continuing his free lance practice, he was commissioned to do charcoal portraits of more than 250 leaders in the field of entertainment, finance, sports and government.  Included among these portraits were those of : President Truman, President Eisenhower, and President Nixon. 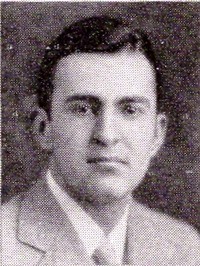