Alumni Hall Of Fame » Horace B. Lippincott Class of 1949

Horace B. Lippincott Class of 1949

Born in Columbus on October 13, 1930, New Jersey has been his official home of record in spite of living in many different locations during my Air Force Career. In 1955, Horace married Marianne Kiesling, Bordentown High School (BHS) Class of ’53. Horace and Marianne have been married 55 years and have three children and six grandchildren.

While in high school, Horace was a member of the Future Farmers of America (FFA). He raised chickens and took part in FFA statewide competitions. He was able to save enough money from his FFA projects to buy a lot at the Jersey shore in Surf City. His father, brother and he built a house on the lot, which his wife and he still own.

After graduating from William MacFarland High School, Horace graduated from the University of Maine with a BS degree in Agronomy. Horace joined the ROTC program at U of M, and upon graduation was accepted into the USAF student pilot program. He has since flow over 8,000 hours with the Air Force, as pilot, navigator and intelligence officer.

Horace’s first Air Force assignment was on Guam with the Air Weather Squadron, flying WB-50 aircraft into Pacific typhoons. They were known as “Typhoon Chasers”, their missions similar to the Hurricane Chasers in the Atlantic.  Before artificial satellites were used to find storms, the military units flew routine weather reconnaissance tracks to detect formation of tropical cyclones. Horace then became a KC-135 combat crew member assigned to the Strategic Air Command (SAC). His mission, during the time of cold war conflict with Russia, was to refuel bombers and fighters in mid-air. At that time, Horace had the distinction of refueling his brother John’s B-52 Bomber (John Lippincott is also a member of the Alumni Hall of Fame). The SAC crews were housed near the runway, a week at a time, ready to deploy on a moment’s notice. During the Cuban Crisis, Horace and his unit was scrambled and sent to Spain, where they flew sorties along the European coast to defray the Russians. He also flew missions to support the Viet Nam effort, over 50 combat missions in all. As Intelligence officer he later flew on “Looking Glass” where they kept a General in the air 24 hours a day who, in the event of national crisis, could execute the war plan from the air.

While in the Air Force, Horace had the opportunity to continue college, and earned two Masters Degrees, one in Education and one in Safety. After retiring from the Air Force, Mr. Lippincott taught seventh grade Physical Science and ninth grade Earth Science, Honors class, in Omaha Nebraska. During his time as a teacher, the school was partially destroyed by a tornado. Luckily all the 2000+ the students were evacuated before the building partially collapsed.

An opportunity arose to go to Germany for the Department of Defense as an Explosive Safety expert, where Horace inspected ammunitions bunkers to be certain they complied with German, US and NATO regulations. He was in Germany for five years, traveling throughout Germany for business. He and his wife traveled extensively throughout Europe, as tourists skied in many countries, including Austria, Switzerland, Italy, Yugoslavia and even Lichtenstein.

Upon my return to the states, Horace became  a Safety Director at Tobyhanna Army Depot, PA, then Picatinny Arsenal in northern NJ, and finally at Ft Monmouth NJ, always inching his way toward Columbus, NJ.

He is now living back on the farm where he was born, in Columbus NJ. It was always his dream to come “home” and refurbish the fourteen room antique farmhouse, barns, and other buildings, which he have been able to do thanks to his retirement income and investments. 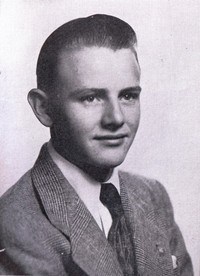