Mr. Lange is a member of several professional and community organizations.  He was president of the Board of Education, Environmental Commission, Committeeman, and Mayor of the Township of Chesterfield.  He is a charter member of the Bordentown Elks and a member and past president of the4 Bordentown Rotary Club.

Mr. Lange resides in Chesterfield Township with his wife.  They have two children and three grandchildren. 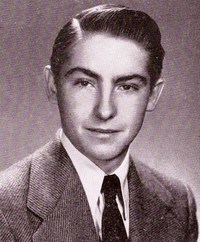