Vernon Newell was born on June 27, 1946 in Trenton, N.J.  He attended Peter Muschal and Clara Barton Elementary Schools in Bordentown and graduated from William MacFarland High School in 1965.  He then entered Burlington County Technical and Vocational School, graduating in 1967 as an electronic technician.  Immediately after graduation, he began working at Princeton University, in the Aerospace and mechanical Sciences Department.  Vern continued his education attending Camden County College and Rutgers University.

In 1968, he married Gail Danbury in Bordentown Township.  They have four children.  In June 1968, Vern enlisted in the Army and was assigned to Fort Holabird, Maryland where he underwent basic training and graduated as a Special Agent in Military Intelligence.  He was then assigned to the 902ndMilitary Intelligence Group.  While at the 902nd, Vern was trained in Audio Countermeasures, which is the science of detecting listening  devises that are planted in a room.  During his tour in Military Intelligence, Vern conducted sweeps of many of the most sensitive areas in Washington, D.C., including the White House and Pentagon.

In 1972, Vern entered the Secret Service, as a security specialist of the Technical Security Division in Washington D.C.  From 1972 to 1976, he served as a member of the Presidential and Vice Presidential Protective Divisions.  He would precede a presidential visit to determine areas of vulnerability and take appropriate countermeasures.  He also traveled extensively with the President and Vice President, including numerous foreign trips. During the Watergate investigation, Vern was responsible for making the duplicate tapes of Mr. Archibald Cox, the Watergate Special Prosecutor.  Vern was present in Sacramento when the assassination attempt was made on President Ford.

In May of 1976 Vern was transferred to the Philadelphia Field Office of the Secret Service.  In the summer of that year, the United States was celebrating its Bicentennial and Vern coordinated security efforts for the 1976 All Star game at Veterans Stadium in which President Ford attended.  Some of the dignitaries that graced Philadelphia during the summer included Queen Elizabeth, Chancellor Helmut Schmidt of Germany, and numerous other foreign dignitaries.  During the presidential campaign of 1976, Vern provided the technical security for the first debate between President Ford and Candidate Carter.  During  the summer, at the Belleview Stratford Hotel in Philadelphia, the Legionnaires were having a convention, and the now famous Legionnaires Disease broke out.  President Ford went to the Belleview Hotel shortly after to reassure the country.  Vern provided the technical security for that visit.  In 1978,working the FBI and local law enforcement personnel, Vern spent three months developing the secur8ity contingency plans for the visit of Pope John Paul II in Philadelphia.

On July 4, 1982, President Reagan visited Philadelphia and Vern was again the security coordinator.  President Reagan’s speech was held in front of Independence Hall, which posed some u9que problems for the security team.  Vern’s primary responsibility in Philadelphia was the physical security of all Secret Service offices in Pennsylvania, New Jersey and Delaware.  Additionally, he provided the technical expertise for court ordered wiretaps, video surveillances, undercover agent technical operations, and vehicular surveillances.  Often posing as a telephone man, Vern would enter some unsavory areas to install a court ordered wiretap.  As a result of these incursions, Vern was awarded 5 Treasure Special Achievement Awards.  In 1992, Vern retired from the Secret Service and began a new career.  He started Vail Communications Security, a consulting firm, which provided electronic technical expertise to corporations and individuals interested in maintaining a high level of audio and physical security.  Since 1992, Vail has grown steadily, with a client list of many fortune 500 companies. Vail had provided security surveys for the Rockefeller Foundation in New York City, and recently after September 11th, for Milwaukee’s largest building, the First Star Center.  In 1997, Vail was asked to review the policies and procedures of the Academy Awards in Hollywood.  In 1999, Vern authored a chapter in a book entitles: Protection, Security, and Safeguards, Practical Approaches and Perspectives.  Since moving to South Jersey in 19767, Vern has been involved with the Washington Township youth sorts program.  For many years, he was a baseball coach and umpire, and a basketball coach and referee.  Vern also served as a member of the Washington Township baseball advisory board for 5 years. 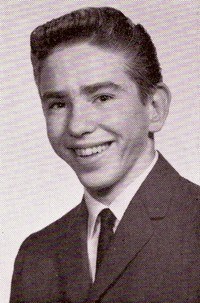