After 30 years of U.S. Government Service, Robert Coleman retired in 2007 as Deputy Federal Security Director in the Department of Homeland Security, Transportation Security Administration at Seattle Tacoma International Airport.  Prior to this, Bob was the Department of Justice, Immigration and Naturalization Service (INS) District Director and Deputy District Director in Seattle, Washington.  In 1999, Bob lead an international investigation of human traffickers, cracking the case involving the deaths of four Chinese peoplewho died while being smuggled aboard the Hanjin Line ship Cape May.  Bob later traveled to China with the INS Commissioner to take part in bi-lateral discussions with the Chinese government.

In 1980, Bob joined the U.S. Border Patrol serving along the Southwest Border.  In 1986, he led a team of agents who captured one of the murderers of a San Diego County sheriff’s deputy.  In 1988, Bob was a supervisory border patrol agent and Deputy Commander of the Border Patrol Tactical Unit stationed in El Paso, Texas when threats of rioting were reported at the Federal Correctional Institute, Alexandria, Louisiana.  After deploying with his unit to the prison, inmates took control of the facility taking 28 hostages. Bob lead a tactical team credited with preventing the mass escape of prisoners.   As a result, Bob received the INS Newton-Azrak award for Heroism.  In 1989, Bob lead a team of tactical border patrol agents to Bolivia to support the U.S. Department of Justice, Drug Enforcement Administration in Operation Snowcap.

Promoted in 1991 to Assistant Chief, U.S. Border Patrol in Washington, DC, Bob served in INS Headquarters as the representative to various government agencies including the Department of Defense, Joint Staff Operations, Executive Office of the President, Office of National Drug Control Policy, and the U.S. Department of Justice, Deputy Attorney General’s Office.  Selected in 1994 as Deputy Chief Patrol Agent for the Spokane Border Patrol, Bob also served as acting chief patrol agent before being promoted to Deputy District Director INS, Seattle, WA in 1996.

Born in Wyoming in 1957, Bob was raised in Bordentown, NJ and graduated from BRHS in 1975.  He is married to the former Catherine Lynn Lovell (BRHS ’72).  Bob and Cathy live in Federal Way, Washington with their son Sterling.  Active in the Tacoma Mountain Rescue Unit, Bob holds an FAA Commercial Airman Certificate and Instrument Rating.  He is a graduate of The Federal Executive Institute, Leadership for a Democratic Society, and holds management certificates from the JFK School of Government, Harvard University.   Bob is both a Certified Fraud Examiner and Protection Professional and served honorably in the Marine Corps as a field radio operator and reconnaissance marine from 1975 to 1977. 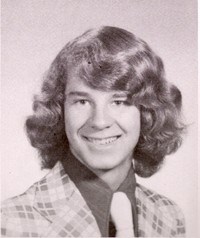