Troy Saunders was born the seventh of eight children in Trenton, N.J. on November 25, 1964 to Barbara and Howard Saunders of Bordentown, N.J.  He attended Clara Barton Elementary School, MacFarland Junior High and graduated from Bordentown Regional High School in 1983.  While attending Bordentown Regional High School, Troy participated in several school clubs, was a four sport varsity letter winner in soccer, football, basketball, track, and finished academically in the top 20% of his class.

He was twice selected as all division/county in football, once in basketball, and for three consecutive years he was selected as all county and all state in track and field. Troy set several records that still stand today.  He won the state high jump championship for all of Group 1 in 1982, and set a New Jersey State Record on his was to a second title in 1983.  Later that summer, Troy was selected to participate in the international sports exchange as a member of the United States National High School Track Team.  He traveled to Seoul, Korea, Taiwan, and Hawaii to compete in the high jump and high hurdles, where he won silver and bronze medals respectively.

After graduation from Bordentown, Troy went to a College Preparatory School, the Marine Military Academy (MMA) in Harlingen, Texas where he continued his athletic and academic achievements.  There he set more state records in the high jump, received all-state honors, and was selected MMA’s athlete of the year before graduating with academic honors in 1984.  During 1984, Troy received an appointment to the United States Naval Academy at Annapolis,, while attending the Naval Academy he participated in several collegiate and community activities, and was a two-sport varsity letter winner in track and field, and football.  He received several post-season honors as a high jumper during his sophomore year.  As a standout wide receiver on the naval academy football team, he received numerous all-east citations during his sophomore and junior season,  In 1998, he graduated from the Naval Academy with a bachelor’s degree in Physical Science and was commissioned as an Ensign in the United States Navy.  While serving as a commissioned officer from 1988 to 2000, Troy’s tours of duty included the USS Wasp, which is an amphibious assault ship, the USS Alaska, a nuclear trident submarine, the Naval Air Systems command headquarters, and the defense logistics agency headquarters.  He fought in the 1990 Gulf War, and several other foreign military campaigns including Bosnia.  He has traveled extensively throughout Western Europe, the Middle East and the Far East.

Some of his personal achievements include surface warfare designations, submarine warfare designations, a defense meritorious service medal, a joint service commendation medal, two navy commendation medals, and two Navy/Marine corps achievement medals.  After completing twelve years of Honorable Service.  Since leaving the military in 2000, Troy has been working at Black Entertainment Television (BET) Inc., headquartered in Washington D.C. as the Director of Logistics, Facilities, and Corporate Administrative Operations.  He has overall responsibility for all broadcast facilities in Washington D.C., New York, Los Angeles, and London, England.  As a Director, he is already credited with the reconstruction of the largest fully digital broadcast studio and sound stage in the national capital region last year.  His day-to-day responsibilities include supply chain management, real estate and facility management, lease and contract management, and design and construction management. 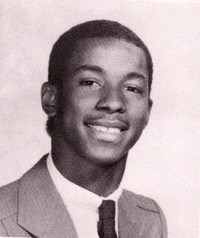