Mr. Kenneth Miller is a graduate of Bordentown High School, Class of 1965.  Following graduation, he attended Rider College where he received a B.S. degree in Business Administration and later served as a First Lieutenant in the United States Army.

As  Senior Vice-Present and Chief  Investment Officer of the Penn Mutual Life Insurance Company, Mr. Miller is responsible for the management of investment assets   which exceed 3.3 billion dollars.  In addition, he is President and Director of Independence  Square Properties Inc., and is on the Board of Directors of Janney Montgomery Scott, Inc., Penn Insurance Annuity Company and the Cardiovascular Institute and Annuity Company and the Cardiovascular Institute of Hanemann University.

Mr. Miller and his wife, Julia, are the parents of two daughters. 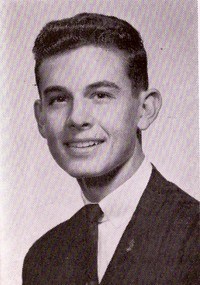