John LeRoy Parcels was born in Bordentown, N.J. He grew up in Bordentown, and was educated in the local school system and graduated from Bordentown High School in 1937 where his early interest in art and design was encouraged. Later he graduated from the Trenton School of Industrial Arts where he also had the opportunity to teach. He served four years in the U.S. Army Air Force. Following the service with the Army Air Force, he joined the famous New York City design firm of Jim Nash Associates.

In 1958, Roy Parcels formed, with Rus Dixon, the partnership of Dixon & Parcels Associates. Through the years, Dix & Parcels Associates has served such clients as The Borden Company, Quaker State Corporation, Bahlsen KG, The Campbell’s Soup Company, 4C Foods, M&M Mars, and many other companies of the Fortune 500. Every home in America has a least one trademark and package designed by Dixon& Parcels.

Parcels has been a frequent contributor to trade publications and has been quoted in such publications as the Wall Street Journal, Fortune, Newsweek and Advertising Age. He has also contributed an article on physical and graphic design for the Modern Packaging Encyclopedia as well as a chapter on Package Design Management for the AMA Management Handbook.

Through the years, Roy Parcels has received many awards. Among the most recent honors are being named a “Fellow of the Package Design Council International” in 1980. In 1984, he was named “Packaging Person of the Year” by the Package Design Council and in 1988 he was honored by being inducted into the exclusive Packaging Education Foundation’s “Packing Hall of Fame.” Susan Kropf, Chairman of the Selection Committee for the Packaging Education Association and Vice President at Avon Products, Inc. said “In the words of one of his nominators, Roy Parcels has shaped the structure of contemporary package design as much as any other single person in the world today” 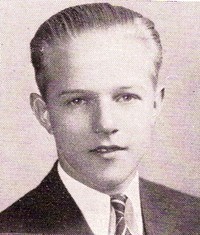