After graduating from MacFarland High School and his US entry into World War II, Art had various employers; stock clerk in a department store, foundry laborer, selling auto parts, restaurant, manager of a PX soda fountain at Ft. Dix and a truck driver. Mr. Ungerleider enlisted in the Coast Guard in 1941 and was assigned a ship which on his eighth day of service, sailed into foreign waters and became engaged in combat with German submarines.   He spent most of the war aboard Coast Guard ships, mostly convoy and weather patrol assignments. Art was honorably discharged on October 4, 1945.

Mr. Ungerleider enrolled at Rider University in 1945 where he studied Journalism and was a news reporter for the Trentonian.   After completing his studies, he was hired by the Plainfield Courier News where he did was a news reporter and feature writer.  Shortly after, he joined the news staff at Radio Station WCTC.  Twelve children later, Art needed to change his field to sales, selling IBM’s.   He accepted a sales management position in the Washington D.C. area.

He founded Ungerleider & Company to provide sales consulting and specialty construction for computer rooms.  After 50 years, he enrolled in graduate studies attending Georgetown University.  He received his Master’s Degree in Liberal Studies. Several years after his graduation from Georgetown, they asked him to serve on an executive council whose mission was to determine if a doctorate

degree in Liberal Studies should be added to the university’s list of offered degrees of study.  The council presented a positive recommendation thus making Georgetown the first educational institution in America to offer the LS Doctorate.

After 26 years of operating his own company, Art retired and settled into a very challenging vocation, trying to become a successful writer. He has published a few fiction and non-fiction stories, written a weekly newspaper column about waterfront activities and published a veteran’s newsletter.  Getting a novel published is still a goal for him. 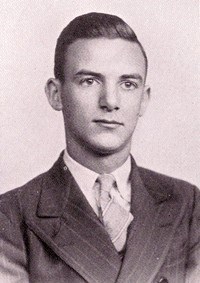