Ms. Howard is a Vice President with U.S. Healthcare, the 4th largest HMO in the country. She is responsible for contract negotiations and network development in a five state region. Ms. Howard previously worked for Lake County Hospital Systems in Ohio as a Vice President of Operations, the American Hospital Association as the Director of the Division of Ambulatory Care and Women and Childrens Health, and Rush-Presbyterian-St. Luke's Medical Center in Chicago where she was an Assistant Vice President for Ambulatory Care.

Ms. Howard is a graduate of Hampton Institute in Virginia where she completed a degree in Psychology. She has a Master of Arts Degree from The University of Pittsburgh, Graduate School of Public Health. Ms. Howard also attended Inter-American University in Saltillo, Mexico where she earned a certificate in Spanish.

Ms. Howard currently lives in Washington, D.C. She is engaged to Douglas Urich of Chicago. 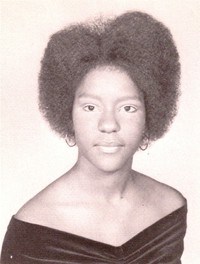