Joanne Zack was born in Mt. Kisco, N.Y. and moved to Bordentown when she was four years old.  She grew up on Bayberry Drive, just a short walk from the “new” high school.  Joanne graduated co-valedictorian from Bordentown Regional High School in 1972, when the school was on Dunn’s Mill Road.  In Bordentown, Joanne was active in school and the community.  She played piano with the choir at church.  She co-edited the year book, was a member of the math club and enjoyed playing softball.   During summers, she earned money for college working as a waitress.

Joanne specialized in complex anti-trust and commercial litigation, and she became a prominent attorney in the Philadelphia area.  For 18 years, she was a partner with Kohn, Swift & Graf in Philadelphia. In 2007, Joanne co-founded Boni & Zack, LLC, in Bala Cynwyd, Penn.  Among the high-profile cases she handled was a landmark copyright class action over Google’s efforts to build the largest digital library in the world.  Joanne represented authors as a lead attorney.  This multi-year litigation continues today.

Joanne’s law partner, Mike Boni (pronounced BONN-ee), said that she was a brilliant attorney who would come up with simple and elegant solutions to thorny problems. “She spoke softly,” Boni said. “There was no flourish. There was no sense of self in her work, no superlative. She didn’t boast, no conceit. She was just a brilliant attorney.”

Joseph C. Kohn of Kohn, Swift & Graf said that “so many trial lawyers, class action lawyers, have egos that precede them by a few miles. Joanne would be the smartest attorney sitting around the room but not have to prove it. She could say one sentence at one point and solve the whole problem.”

Joanne had a life-long dedication to human dignity and social justice. In 2011, she was named to the Pro Bono Roll of Honor by the First Judicial District of Pennsylvania.  She served on the board of directors of Philadelphia VIP Legal Services. Joanne volunteered for Community Legal Services in North Philadelphia and the Support Center for Child Advocates.

For many years, Joanne was also actively involved in Community Legal Services of Philadelphia.  She was presented with the CLS Champion Award, the organization’s highest honor, for recognition of her outstanding service as a CLS board member. Cathy Carr, executive director, Community Legal Services of Philadelphia, recalled Joanne’s deep involvement with the organization. Joanne, she said, was “an amazing combination of someone, both kind and generous, with lots of grace and someone who was an outstanding lawyer’s lawyer.” CLS said “she clearly believes in the core of her being that serving Philadelphia’s poorest and disadvantaged residents is work that needs to be done and done well, and that she has a personal responsibility to help that happen.”

Joanne also volunteered with Philadelphia Futures, a group that provides low-income, first-generation-to-college students with support to help them get admitted to and succeed in college.  Joanne was a mentor to a young woman, Michelle Wimberly.  Michelle ultimately attended Wesleyan University, one of the most selective colleges in the nation.

Joanne also helped inspire the people around her to community service.  She encouraged her husband Mike to volunteer as a Big Brother. Her children, Ben and Claire Hartung, have worked with AmeriCorps, helping tutor disadvantaged children and improve health services in neighborhoods in and around Philadelphia.

Joanne was a loving wife, devoted mother, and inspirational friend.  She passed away peacefully at home on October 4, 2012.  She had been diagnosed with stage four breast cancer seven years before.  Joanne is survived by her husband, Michael Hartung, and her children. Ben is a second-year student at the Beasley School of Law at Temple University.  Claire is working with AmeriCorps and will be begin medical school in the fall.  Joanne’s mother, Vera Zack, continues to live on Bayberry Drive.  Her sister Cathy Zack is a doctor in Durham, Conn.  Joanne’s brothers, Jonathan and Jeffrey Zack, live in Prince Frederick, Maryland and New York City, respectively. 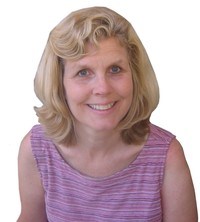