Dr. Sally Archer is an Associate Professor of Psychology at Trenton State College, where she has been employed for the past 15 years.  She received her Ph.D. from the University of Pennsylvania in the Psychology of Human Learning and Development in 1980.  There she received the Dean Arnold Award for the doctoral student from her graduate school demonstrating the most professional promise.  Her Master of Science Degree in Experimental Psychology was earned at Tulane University in New Orleans in 1973 and her Bachelor of Arts degree at Trenton State College in 1970.  She was a member of the first class to graduate from Bordentown Regional High School at which time she was salutatorian of her class.

Dr. Archer has published her research in numerous, refereed journals of national and international stature.  She has been invited to write numerous book chapters and is presently co-author of one book while sole editor of another.  For six years she was co-editor of a Newsletter for the Society of Research on Adolescence.  She has spoken extensively at national conference, university, and a number of community organizations.  Most recently, she received a Distinguished Research Award from the New Jersey Department of High Education’s Challenge to Distinction Project.

On a local note, the research she conducted with junior and senior high school students in the Bordentown Regional School District during the late 1970’s and early 1980’s has been cited in the majority of Adolescent Psychology Textbooks used in colleges across the United States.

Her husband, Dr. Alan Waterman, was a full professor of clinical psychology at Trenton State College.  They have two sons, Aaron and Jeremy. 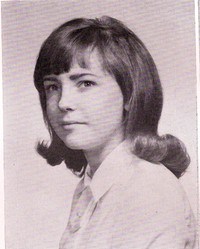