Martha was born in Bordentown in 1911.  She graduated from Bordentown Regional High School in 1927 at the age of sixteen having skipped two grades during her tenure in the Bordentown Schools

During her high school years she was class President, played basketball, was a violinist in the orchestra, news editor of the Skeeter, and manager of Fabella.

She attended Albright College where she was the youngest member of the varsity basketball team.  After a year at Albright, she transferred to Trenton Normal School where she received her teaching certification.  She went on to receive a Bachelor’s Degree in Education from Trenton State College and a Master’s Degree from Rutgers University.  She also received her license to become a school principal from Glassboro State College.

Martha began her teaching career at the age of eighteen in Palmyra, NJ.  She taught for a total of 38 years and through- out her career taught every grade except fifth.  She taught in the Hamilton and Princeton school systems during her career and returned to Bordentown in the 1930’s and taught  until her retirement in 1981.  Her last eighteen years were spent as a Kindergarten teacher at Peter Muschal School.

During the 1920’s and 1930’s, Martha was active with the Bordentown Community Players theatre group. In the 1960’s, Martha was honored to have been selected as one of the original “Head Start Pioneers.”  During her tenure as a Head Start Teacher, she taught at several schools in the City of Trenton.  In 1973, she obtained her Real Estate License and listed and sold homes for over 15 years.

Amidst Martha’s entire professional career, she raised five children four of whom are college graduates. 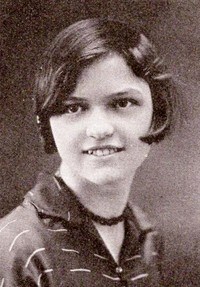