John was born on February 10, 1929 on a dairy farm in Columbus, New Jersey. He attended Bordentown High School and Trenton Jr. College and received a BS degree a private pilots license and Aircraft and Engine Machinees licenses all from Parks College of Aero Tech St. Louis University. While at Parks, he joined the AFROTC program and received his commission as a 2nd Lt. in the USAF in December of 1951. He obtained his pilots wings in March of 1954. He has over 7,000 hours flying time with almost 5,000 hours in the B-52 jet bomber. John also graduated from the AF Sq. Commanders and Air War college courses.  He retired from the Air Force in 1982 as a Colonel after serving 30 years.

He married his wife of 53 years at Ramey AFB, Puerto Rico in October, 1955. John and Marian adopted two girls. Nelinda and Janey. They have 2 grandsons and 4 granddaughters and 3 great grandsons.

While in the Air Force John and Marian were active in either local churches or AF Chapels John taught Junior/Senior High and Adult Sunday school classes for more then 35 years. Since 1981, he has attended and has been a member of the Eliot United Methodist Church. Holding positions as Chairman of Council on Ministries, Ad Council and the Building Committee.

He is a member of the American Legion, Eliot Lions, Eliot town Republican Committee and Daedalians, a fraternal military pilots association. For the past 14 years John has been Chairman of The Eliot Festival Committee. In 1992, at the recommendation of Rev. Kwan Lee, John was appointed a manager of the Preachers’ Aid Society of New England.

Upon his retirement from the Air Force, John worked as a contract carpenter for 12 years from 1984 – 1089 he was Director of the Pease Center of Hawthorne College. John and Marian own the Farmstead Bed and Breakfast where John has cooked “Internationally World Famous Pancakes” for the past 16 years. 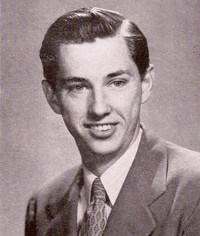