Mrs. Juanita Woodington Crosby is a graduate of William MacFarland High School, Class of 1939.  She continued her education and graduated from Maison De Pares Beauty College, and studies at Long Beach Island Art Foundation and the Philadelphia Art Museum.

She is a participating member of the New Jersey Creativity Guild, Ocean County Art Guild, Eastern Seaboard Professional Artists and has exhibited widely with these groups as well as many one person shows.

Mrs. Crosby in 1970 purchased the old Citizen’s firehouse in Bordentown and created the Firehouse Gallery where she conducts daily classes in art for children and adults.  She has also lectured in art and related subjects through the New Jersey Federation of Women’s Clubs and Chapters of the University Women of America.

Mrs. Crosby was commissioned by the Bordentown Historical Society’s Bi-Centennial Committee to create a coloring book, “Bordentown People and Places”, later used for study at Peter Muschal School.  She was later commissioned in Augusta, Georgia to create a series of paintings depicting black community life for their newly organized Black History Museum. 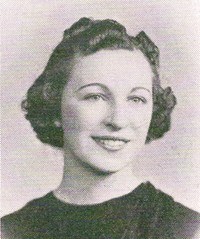