While attending Bordentown Regional High School, Joseph Kelly was Vice President of the Senior Class, a member of the National Honor Society and along with teacher Donald Colvin, started the Bowling Club.  He graduated in 1972.

Upon graduation, Joe attended Villanova University.  While a student, he was winner of the Business School Adam Smith Award in Economics for Senior Thesis and graduated with a B.A. in Economics in 1976./  In 1982, Joe graduated with honors from Rider University with a Masters of Business Administration in Finance (M.B.A.)

In 1978, Joe became the owner and President of Jay-Kay Wines & Liquors, a family-owned retail business in Bordentown Township.  Additionally, in 1984, Joe founded Kelly Enterprises, Inc., a Real Estate Development Company, which purchases and renovates commercial and mixed-use properties.  Mr. Kelly has been involved in a diverse arena of business-related affiliations.  He has served as President of the South Jersey Package Store Association, a group composed of liquor and wine shoppe owners throughout Central and South Jersey.  In 1984, Joe joined the Advisory Committee of the Bank of Mid-Jersey, located in Bordentown Township.  This committee advised the Board of Directors of the Bank on financial issues affecting the business community.  In 1996, Joe was approved to the State Executive Council of the National Federation of Independent Business.  The “NFIB” is the largest advocacy organization in the United States representing small and independent business in Washington D.C. and throughout all 50 states.

In 2001, Mr. Kelly was chosen for the Board of Directors of Farnsworth Bancorp, Inc. The parent company for Peoples Savings Bank. Also, Mr. Kelly was appointed as a Director of People Savings Bank. PSB was founded in 1880 under the name of “The Bordentown Building and Loan Association”, and is federally chartered stock savings bank head quartered in Bordentown, N.J.

In addition to the bank, Mr. Kelly was also chosen for the Board of Directors of Peoples Financial Services, Inc., a Division of Farnsworth Bancorp, organized for the purpose of providing securities brokerage and investment advisory services and products to customers of Peoples Savings Bank and the general public.

Joe has also enjoyed volunteering his time for a series of community related activities. He began as a mentor for the Big Brother organization of Mercer County.  In 1984, he was a participant on the Bordentown Township Business Development committee, and later was appointed to serve on the Burlington County Department of Economic Development.  He also joined the Bordentown Rotary Club whose purpose is to encourage and foster the ideal of service as a basis of worthy enterprise and to encourage and foster high ethical standards in business and society.  He was treasurer for four years and in 1993 was voted in as President of the Bordentown Rotary.

Also, Joe is a member of the Bordentown Veterans Memorial Committee which will unveil this summer, a brand new memorial honoring all the Veterans of  Bordentown from all theatres from the Revolutionary War to the Gulf War.

Since 1996, Mr. Kelly has been an active member of the Peddie School Parents Association, serving as its Treasurer, Auction Chairperson, first U-P and in 2004 as the President of the Parents Association.  In addition, in 2003, the Peddie School asked him to serve on the Board of Trustees of the Private School.  Additionally, since 2002, Joe has been a member of the Board of Directors of CAPPS, Community Arts Partnership at the Peddie School.  CAPPS offers summer camps for children to explore the world of the arts, and also offers an eclectic mix of musical experiences for all in the community to enjoy. 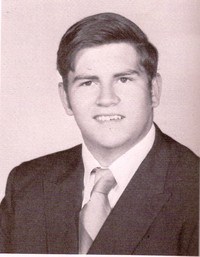