Captain Lynch is a native of Bordentown, New Jersey.  He graduated from Bordentown Regional High School with the Class of 1975.  He was the Class President and admitted to being an average student.  He lettered in track four times, cross country three times, basketball twice, and he received the Old English B once.  He attended Marine Military Academy in preparation for the United States Navy Academy. He graduated from the United States Naval Academy with the Class of 1980 as an English Major.

After designation as a Naval Aviator in 1982, his first assignment was the NAS Oceana flying the SH-3G Search and Rescue helicopter.  Following transition training with HS-1- in 1984, Captain Lynch joined the forward-deployed HS-12 WYVERNS in Atusgi, Japan, where he made several WESTPAC cruises aboard USS Midway.  In 1987, he became an Instructor pilot with the Sear Horses of HS-1.

Following graduation from the Naval War College in 1994 with a masters in International Security and Strategic Studies, Captain Lynch completed an OPNV Fellowship at the Center for Naval Analyses in Washington D.C.  He then reported to the OPNAV Staff where he served as Pol-Mil Analyst for the Director of the Navy Roles and Missions Working Group (N#-N5E) and Director Navy Staff (NO9B).

During his career, Captain Lynch has accumulated 4,300 hours flying in helicopters and fixed wing aircraft.  His decorations include the Meritorious Service Medal with two gold stars, the Air Medal (Single Action), the Navy Commendation Medal with gold star, and various other personal and unit awards.  In addition, Captain Lynch was awarded the Legion of Merit by the President of the United States.  He lives and resides with his wife, Betty Jane and his three sons in Florida. 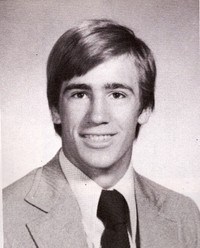