Bishop  Harry Woolston Shipps graduated from William MacFarland H.S. in 1942.  After graduation, he attended the New York State Maritime Academy and served as an officer in the Merchant Marine and US Navy from 1946 until 1955. In 1953 he married Louise Huntington Rosenberger.  They have four children.

Bishop Shipps received his theological training at St. Luke’s Seminary at the University of the South at Sewanee, Tennessee.  He was ordained deacon in May of 1958 and a priest in 1959.

Bishop Shipps has spent his entire ordained ministry in the Diocese of Georgia.  He began as vicar and later rector of St. Mark’s (1958-1963), and then became vicar of the Church of the Holy Apostles, Savannah (1963-1970).  In 1970 he became rector of St. Alban’s, Augusta, where he remained until his election as Bishop-Coadjutor in September 1983.  He was consecrated a Bishop on the Feast of the Epiphany, 1984. He served as Bishop Coadjutor of the Diocese of Georgia until February 1985 when he became Diocesan. 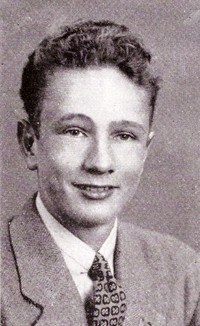