Captain John Lynch is a native of Bordentown.  Graduating from Bordentown Regional in 1970, he was active in varsity sports and served as a class officer for all four years.   Captain Lynch graduated from Trenton State College in 1974 where he received a Bachelor of Science degree in Industrial Education.  Captain Lynch signed up to be a Navy pilot while attending Trenton  State during the Vietnam War era.  Captain Lynch entered the Navy and was commissioned an Ensign in 1974.  He attended flight school and was awarded his wings as a naval aviator in July 1975.  He then reported to helicopter anti-submarine squadron, Norfolk, Virginia.  Captain Lynch was deployed on various navy ships as an anti-submarine warfare helicopter pilot – his warfare specialty.  His duty was to keep track of Soviet submarines from his Seasprite helicopter.

After his first tour, Captain Lynch was assigned to support the acquisition of the Navy’s newest helicopter, the Sikorsky/IBM H-60 Seahawk.  In 1979, he was stationed at the IBM facility in Manassas, Virginia and was responsible for the development of the helicopter flight manual, synthetic flight trainer and development of the helicopter pilot training curriculum.  Captain Lynch was designated by the Navy as a Weapon System Acquisition Manager in October, 1982.  Continuing with the Navy fleet introduction of the H-60 helicopter, Captain Lynch served as a P9lot Curriculum officer, Quality Assurance Officer, Flight Instructor, and Maintenance Test Pilot.  During his assignment, Captain Lynch earned a Master of Science degree in Systems Management from the University of Southern California.

Captain Lynch reported to Helicopter Anti-Submarine Squadron Light Naval Air Station, Mayport, Florida in July 1984.  He was assigned as the Officer in Charge of the USS Doyle during the Navy maiden deployment of the new H-60 helicopter. Captain Lynch made several operational deployments to the North Atlantic and Artic Oceans and to the Caribbean and Mediterranean Seas.  He spent several months at sea monitoring Soviet submarine activity.  Captain Lynch subsequently served on the USS Halyburton, where he developed several new helicopter tactics for the Navy.  During this assignment, in 1986, Captain Lynch participated in combat operations off the coast of Libya.

In June, 1987, Captain Lynch reported to the staff as Commander, Helicopter Wings Atlantic, Naval Air Station Jacksonville, Florida as the Admiral’s aide.  During this tour, Captain Lynch was selected as the sole military member to participate in Leadership Jacksonville Class of 1989 – an annual group of industry, government and community leaders which function as counsel to the city government.  In July, 1989,Captain Lynch was selected by the Navy for operational command of a squadron that was comprised of 13 helicopters, 60 officers and 180  enlisted personnel.  While serving as Commanding Officer, his squadron supported combat operations during Operation Desert Shield and Desert Storm and received several awards from the Chief of Naval Operations.

In June 1992, Captain Lynch graduated from the Defense Systems Management College, Fort Belvoir, Virginia.  He was later assigned to the Pentagon serving on the staff of the Chief of Naval Operations for Surface Warfare as the Director for Navy helicopter programs.  In this capacity, he coordinated over $500 million in Navy budget submissions for several key Navy programs.

In November 1993, Captain Lynch was selected to participate in the Brookings Institution Legislative Fellowship Program and served as a Military Legislative Assistant during the 103rd Congress.

In January 1995, Captain Lynch was assigned to the Office of the Secretary of Defense as Director, Senate Affairs.  He directly supported the Secretary of Defense with legislative and programmatic counsel.  Captain Lynch was responsible for formulating legislative strategies and issues in support of an annual $65 million defense procurement and research and development budget.  Captain Lynch maintained continuous liaison with Senators and Committees of the U.S. Senate with regard to all matters of concern to the Department of Defense. Captain Lynch retired from the Navy in May 1998 after serving 24 years.  His personal military decorations include the defense Meritorious Service Medal, Meritorious Service Medal with gold star, Navy Commendation Medal with 3 gold stars, the Navy Achievement Medal with gold star and several unit commendations. 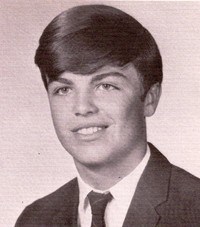