Dr. Raymond Haas received his high school diploma as valedictorian of the Class of 1952 from MacFarland High School.  He attended Rider College, graduating eighth in the Class of 1956.  From Rider, he attended Lehigh University and received the Master of Business Administration Degree in 1958.  The degree of Doctor of Business Administration followed in 1961 from Indiana University.  He presently holds the position of Provost for Planning at West Virginia University, Morgantown, West Virginia.

Dr. Haas’ involvement in academic administration began with an appointment as an American Council on Education Intern and Fellow in Academic Administration at Duke University for the year 1966-1967.  Before joining the administrative rank, he served as a full-time faculty member in the field of business administration with a major interest in marketing.Active in community affairs, he has served in Morgantown as an elected member of the Common Council, a member of the County Planning Commission, Chairman of the Morgantown Housing. 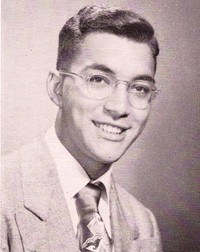