Monsignor John Yurcisin, currently Executive Secretary of Christ the Saviour Cathedral, Johnstown, Pennsylvania, is a graduate of William MacFarland High School, Class of 1936.  Valedictorian of his graduating class, he completed his high school program in a period of three years.

Monsignor Yurcisin received his Bachelor of Science degree in 1940 from Trenton State College.  He completed his theological education at the Diocesan Seminary of Bridgeport, Connecticut in 1944.

Father Yurcisin was ordained to the priesthood of the Orthodox Greek Catholic Church in 1944 in Perth Amboy.  He has served assignments in Hawk Run, Clarence, and Windber, Pennsylvania.  A past Dean of Christ the Saviour Cathedral, he has distinguished himself as a writer and speaker.  He has written numerous articles and leaflets dealing with the history, customs, and traditions of the Orthodox Green Catholic Church.

Civic and community activities include the Greater Johnstown Committee, Johnstowners For  Progress, Advisory Board of the University of Pittsburgh, and Windber Junior Chamber of Commerce.

Monsignor and Mrs. Yurcisin have one daughter who at the time of his induction was Director of Community Relations for Goodwill Industries, Johnstown, Pennsylvania. 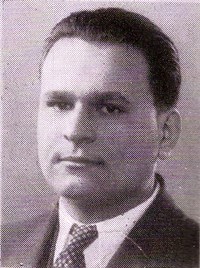