Josh Zeitz was born in Trenton and grew up on Prince Street in Bordentown City. A product of the public schools from K through 12, he is a proud alumnus of the Clara Barton School, MacFarland Junior High School and Bordentown Regional High School. Josh earned his undergraduate degree at Swarthmore College, where he majored in history and minored in English, and his M.A. and Ph.D. in American History at Brown University.    After holding a lectureship at Harvard University, where he taught in the History and Literature Program, where he taught American History, Josh moved to England, where he taught at Cambridge University for four years. Josh has written widely for academic and popular journals. His work has appeared in the New York Times, LA Times, Washington Post, The New Republic, and Dissent. Josh has also appeared in documentary segments on PBS and NBC.

His first book, Flapper: A Madcap Story of Sex, Style, Celebrity, and the Women Who Made America Modern, was published by Crown (a division of Random House) in 2005. He second book, White Ethnic New York: Jews, Catholics, and the Shaping of Post-War Politics, was published in 2007 by the University of North Carolina Press. New Year, Josh’s Third book, a history of America’s Encounter with the 1970’s, will be published by Crown/Random House. Josh is currently working with a team of writers on a new high school textbook on American History. He is also this year’s Democratic candidate for Congress in New Jersey’s Fourth Congressional District (which included Bordentown) and invites all BRHS students to get involved in the campaign. 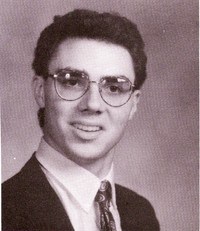