Mr. H. George Hamilton graduated from Bordentown High School in June 1943, and from Trenton State College in 1948 with a teaching certificate in mathematics and science.

Mr. Hamilton’s first teaching position was in William  MacFarland High School where he served as chairman of the math and science departments and director of audio-visual aids.

In 1962 he returned to Trenton State to teach college physics and astronomy.  During this period, Mr. Hamilton was responsible for securing state support to construct a planetarium on the Trenton State Campus.   In 1965, he began to lecture on weekends at the New Jersey Cultural Center Planetarium in Trenton.  In the fall of 1967, he became the weekend lecturer at the Fels Planetarium of the Franklin Institute, Philadelphia.  Since 1971, Mr. Hamilton has served as director of the Fels. 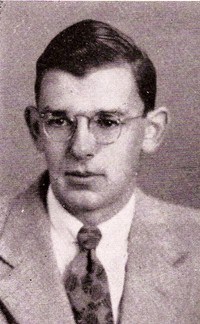